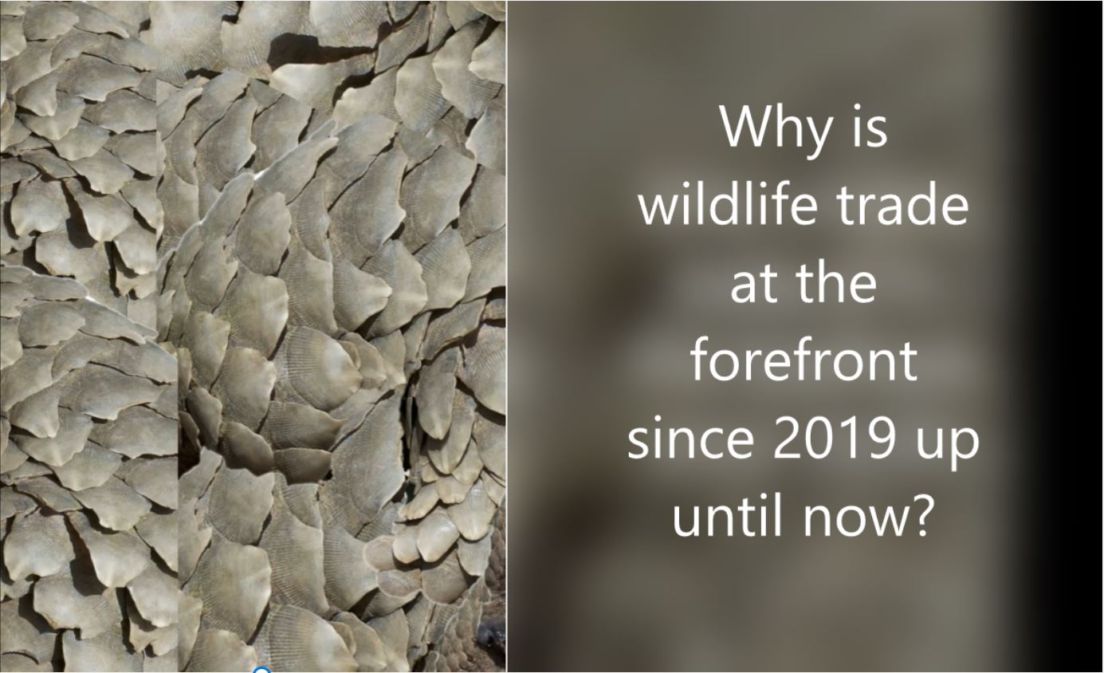 Wildlife trade is at the forefront for the last two years, especially for the following reasons. Number one is actions that are illegal. The second being linked to the pandemic. The existing or the anticipated ones. This trade brings a lot of money to the poachers.

Wildlife trade gets acceleration to fulfill 5 types of demand mainly

It is really a point all of us need to reflect on if we need to put an end to the illegal wildlife trade. We learn that due to income inequality is one of the factors. Here are some of the important facts to note.

This may even vary based on the country the wildlife is traded to & from.

Wildlife trade is a huge industry that makes billions of pounds. To put it in numbers world economic forum provided astonishing numbers. It was $7 billion and $23 billion of illegal wildlife trade.

Next time you ever enter any office or home and if you see a stuffed animal or hunting trophy or wild animals then give it a thought.

Hunting safaris are the source of income or exploitation

Hunting Safaris are one of the issues . WWF considers it a threat second to only a habitat destruction which threatens the species survival.

Wild animals are traded for varieties of reasons. Some of those are mentioned above. Local traditions or cultural ties to certain actions are also used to justify the killing of wild animals. Exotic birds or endangered animals are hunted or captured not just in China alone.

On investigating more you may be able to find certain practices also acted upon due to the local (mythical) beliefs. Porcupine meat, Dog meat in Nagaland & Mizoram it is consumed too. Serving locals with the killing of a Dog is also a ritual in a community we investigated. Frog legs eating in Sikkim also along with China.

Myanmar also serves Monkey meat. Snakes and rats sell a lot in the market in one of Indonesian market. People have been consuming Black Macac ( Macaca Negra). Vietnamese eating rats and snakes, Kangaroos in Australia. Porcupines are eaten in Bali.

Why to halt this illegal wild animals trade?

We have already had more than a year of catastrophe caused by this virus for which, people are suffering even now. In some countries the rate of cases and deaths are alarming.

The news that made headlines during 2020 when China suffered from this virus, was about a ‘wild bat. A show host eating bat soup & that caused the whole outbreak. Then it came to light that it could be a Pangolin behind this. It was legal in parts of China to consume wild animals. Hence we came across videos of wild animal markets. A place where people buy exotic wild animals to eat.

Recently we came across China banning wildlife for consuming. It is quiet freely visible even in Vietnamese consuming Snakes or dogs. If you happen to visit Vietnam you could get to see restaurants that cook snakes. There are restaurants that all cook dogs. There is a whole village famous for snakes.

How old is this illegal wildlife trade?

It has been happening for many centuries. After laws in the countries were formally put up, the process continued. The issues are highlighted and the bills are passed to become a law.

We have been able to remember the elephant who’s killed to get ivory, its bones etc. We came across videos of Lions and tigers being killed, Gorillas and monkeys being killed for their byproducts.

In the medical industry we know that many medicines contain animal byproducts. People have been traditionally using animal products as medicine as well as medicinal plants for thousands of years.

As we always try to find a specific number of years, we get to learn about different dates. Specially tiger bone has been used for treating musculoskeletal diseases and is well known in the Chinese culture.

The Fact is that some of the herbivorous animals eat such medicinal wild herbs in the forest also. Hence through them people get that healing.

What are the most profitable and commonly affected animals & birds by this trade?

Animal & their products that sell for a hefty price obviously are most affected. The most common animals that we find in the news are

Educating masses on keeping it and or allowing them to get licensed could help reduce or even halt it to an enormous extent.

Are these steps taken going to stop illegal wildlife trade?

No, its not going to stop. It is because of the income of the people that live in the poorer countries. We learn to various articles and cases that we notice. We learn that It’s a quick income also for the locals of a particular village where this actions happen.

Developed countries fully establish a structure to help the poorer nations. Monetary help distributed, ethical skills and just treatment with the people. Not to rely on the local authorities to distribute on their own. It is because in such countries, the money eventually has a high possibility of ending up in some politician’s account.

Now Local governments of many underdeveloped countries have capability and can take action. However without accountability it could go out of hand. These local authorities also will have corruption within their system.

Option 2: Legalize wildlife to keep as pet if they are certified and licensed. Local governments will still have a veto over the transactions by simply charging more taxes and there will be again the same issue of illegal wild life trade.

The Whole point boils down to if the general public has enough resources to take care of their families and feed, clothe and provide them proper shelter. As long as there is a hierarchy in the society again the same issue will arise. So the whole point of stopping the illegal wildlife trade will fall down the drain.

(Note: Solution could vary based on the specifics of the country where it is to be implemented)