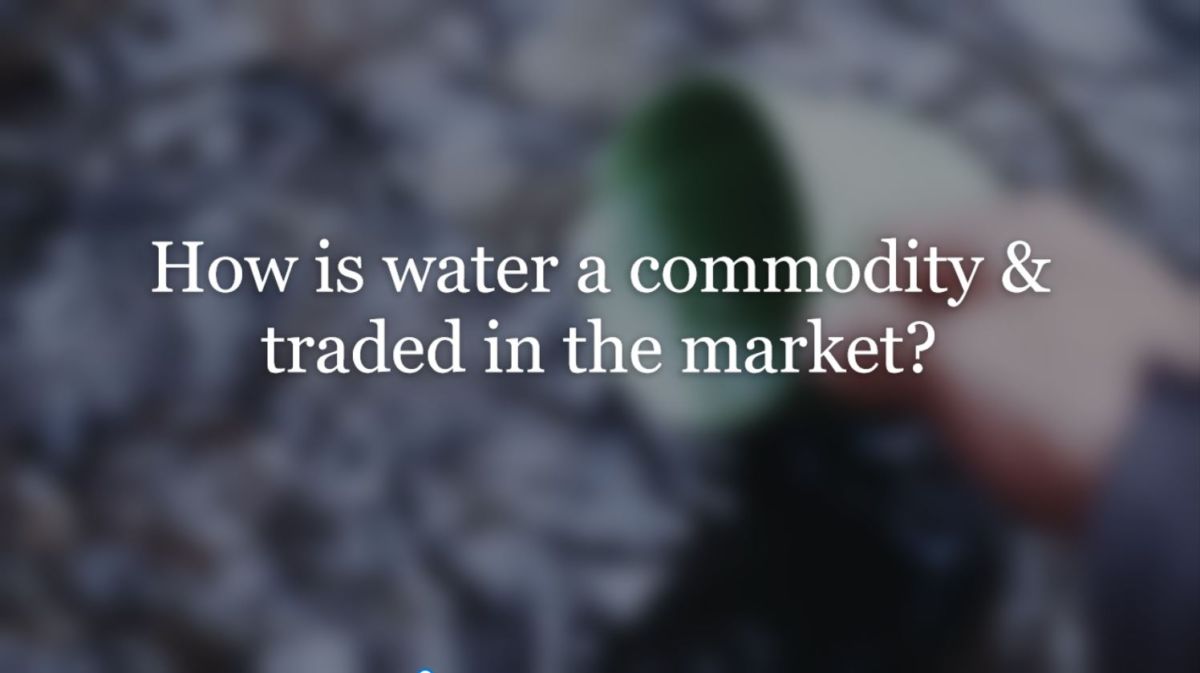 As we all are aware that water scarcity is not an alienated topic. We all seem to be slowing off and being busy with our day to day life. We are concentrating on these things but on the other hand, the picture is different. By this, we mean that the betting on water scarcity has started already for California. The futures of water is now being traded on wall street.

As we learn about this news, we are also aware of the warning by the United Nations way back on the seriousness of this water crisis.

Water is becoming a commodity in this way

Until now we know water is an important part of our existence just as oxygen and blood. It is now traded as a commodity. Recent news on the water futures of the California index launched by the CME group has made it possible to hedge on or against water availability in the future in California.

How this water crisis situation can affect the public in general?

Millions of people even in the most developed countries could face water problems. It is a common scene on the road side where a water pipe bursts are resulting in wastage of freshwater.

As the situation advances it must ring bells in the head that prices of water could increase. As many of you are perfectly aware of inflation. Now if the water prices go up it will create a burden.

It may not affect directly the consumers living in different countries. However, indirectly it may burden their pockets. You know the salaries of the people don’t increase at the same speed as the bills.

The result could be less usage of water, pay more bills, and cut down other expenses to live life in society.

How many people are affected by the water shortage around the world?

It is more appropriate to give an approximate guess based on reliable sources. Since 2019 report on market watch stated 2 million Americans don’t have access to running water.

A post on Bloomberg stated that in the next 4 years two-thirds of the world could face water shortages.

The UN fact and figures state that around 2 billion people live in countries with water shortages.

There have been studies done for instance the one in 2013. This has many of the important points which you can’t ignore. The title of it is Future water (In) Security – Facts, figures, and predictions.

On scanning through you get to know that although investments in the water sector is improving the condition of the people, it can’t do much due to certain issues. Issues based on the usage, the migration of people from the village to cities.

We can say that approximately 80% of the disease are due to the water-related issues. In developing nations water-related problems such as poor sanitation, poor water had already affected half the population then.

What hampers the progress of these projects?

No one could have thought of these recent lockdowns. It came as a surprise to billions of people across the world. Many people not only in developed countries but also in developing countries suffered. The economies got a hit across the globe.

That only best thing that happened was the nature appeared to flourish and had slowly started taking over the urban areas.

Migration of the living creatures could be highly likely in the near future as they look for their livelihood.