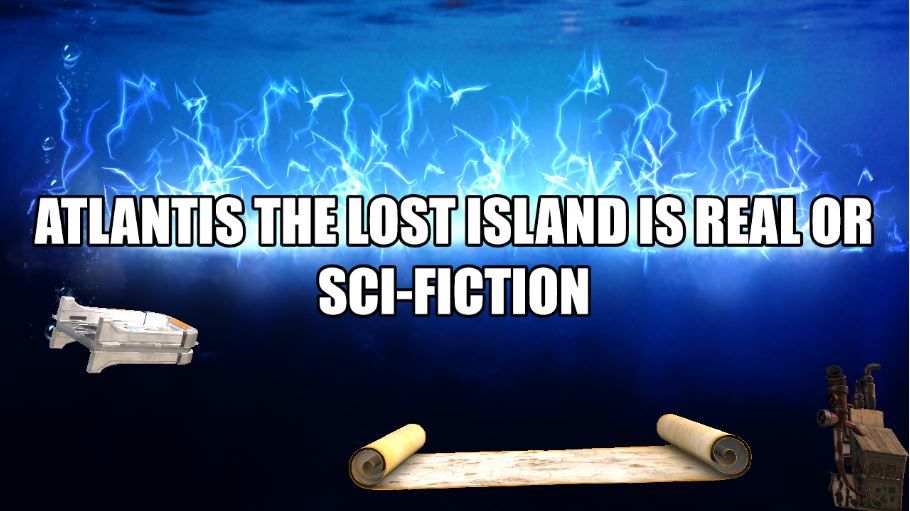 It is believed by some that there used to live a civilization, whereas some others mention it as a mythical place.

This is due to the fact that we do not need to be directed to a specific understanding. By this, we mean leading to a thought process to legitimize the story as a true or false.

The similarities & the differences found while researching for the Atlantis

The following were the differences and similarities found while researching for the Atlantis.

In one of the interviews of ‘Graham Hancock in 2016 gives us some interesting information on Atlantis’.

Mr. Hancock mentions what Plato said & says it was a great civilization that had Navigating skills, seafaring skills, explore the world, had advanced knowledge in every area which was prosperous and powerful.

He said Plato says ‘that corruption that crept into the society that it became cruel & avaricious, it became greedy, it began to impose its power around the world’. He has a ringing phrase ….. “.

Then he mentions the words of Plato but one sentence we review here is- In his words, he said “This Hubris, this conceit of Atlantis that It had become so sure of itself, that somehow the universe struck it down and we have the cataclysm of flood…”

Below is the conversation towards confirming the importance of the event

He mentions that Plato puts a date on the destruction of Atlantis 9000 years before the time of Solon (famous Greek lawmaker). 200 years before Plato. In around 600 BC, Solon went to Egypt the priest in the temple of sais told him the story of Atlantis.

As per Nat Geo’s article on Atlantis the we focussed on is – Robert Ballard who discovered the wreck of Titanic. ‘He mentioned the legend of Atlantis is a logical one since the natural disasters of the kind that Atlantis is associated with were & had happened in our history’. But then we see he clarified that ‘No Nobel laureates’ has said what Plato wrote is true.

As per live science this is what we understand – very well that this civilization was first told in the dialogues of Plato’s story written around 360 BC.

“Kenneth Feder (Ken Feder) a professional archaeologist has noted- ‘The geology is clear; there could have been no large land surface that then sank in the area where Plato places Atlantis. Together, modern archaeology and geology provide an unambiguous verdict: There was no Atlantic continent; there was no great civilization called Atlantis.’”

“plate tectonics demonstrate that Atlantis is impossible; as the continents have drifted, the seafloor has spread over time, not contracted. There would simply be no place for Atlantis to sink into.“

What clues do we get through religious perspectives?

Pantheism – A part of Pantheistic belief also doesn’t prove an exclusive authenticity of the content since it involves identifying universe with God or Reality identical with divinity. However, the other section with belief which considers many gods goes along with the story.

As per what Plato theory goes- Here there is a mention of humans and what they believe as Gods (which itself is a fundamentally wrong idea if compared to the) had Children and they wanted to protect them etc.

Theism- Matches on one aspect and doesn’t on other. For instance when one deity is considered then it doesn’t match, however the idea of many connects to this belief system.

Panentheism– It appears to be unclear since it talks about the divine however doesn’t specify one or more deity.

Dystheism – This belief matches with the story’s people traits since it believes God is not wholly good and possibly evil. Again here singularity is stated and not plurality which breaks the characters of the story’s authenticity apart.

Misotheism– This belief however sheds light but no clue. However, since it states the belief consists of what we understand as the hatred of God or gods it drops the characters. Since the punishment they suffered was not by humans. So stopping to worship them didn’t inflict any suffering.

Atheism – Totally closes the possibility since there is no belief in the existence of a deity.

Monotheism: Monotheism eliminates the ideas of multiple deities. For those who aren’t familiar with this concept- here’s why the religious perspective cannot match also. In order to possess all power it has to be in possession of some One and not more than One.

This is where the story of war between gods and conflicts comes in to picture. Hence creates confusion of who is greater or most powerful. Monotheism eliminates such confusion. It puts the All powerful One above all.

Who used to live in Atlantis?

It was said to have been a place where a Minoan civilization lived. They were considered to be quite advanced.

Do we get to see the remains of Atlantis now?

There have been no remains found of Atlantis. To date only speculations have been going around so far from the place that could match the description by Plato. There are certain remains of the tribe we get to see in the archeological finds. However, this doesn’t prove the story & power to be true.

Have archaeologists found out the remains of Atlantis?

Only a study that could possibly direct towards the clues of the root of this island city has been done. Archaeological finds simply give us a guess on whether the place they suspect looks like the island city of Atlantis or not.

As per Charles Hapgood, this place seemed to have been under Antarctica.

It is said that this island of Atlantis didn’t actually exist as per the majority of historians and scientists. We believe the same. However, there were certain human civilizations that were even more powerful and advanced than us today. We come to know this through religious texts.

From reviewing these and certain other texts we learn that there is confusion among people. The reason for this is that some people point out a specific place others point out a totally different.

When you read a specific article you may get to imagine one picture. On reading a different point of view we imagine a totally different one. In order to keep the story alive the place is moved from one area to another.

What you will learn from this lost island city is the following?

The descriptions that Plato provides is different as compared to the one we see on the television or movies. Since each storyteller has their research and takes that side they think could appropriate. Mark Adams had actually decided to go on a quest to find this sunken city of Atlantis.

He went to those places which were end destination for many Atlantis chasers. He went to the Greek island of Santorini. Also been to the coast of southwestern Spain of Cadiz, in Morocco near Agadir, and in Malta.

We learn that Ignatius Donnelly was a congressman from Minnesota. He was the man who could be said to be instrumental in making Atlantis even popular. He wrote a book Atlantis: the Antediluvian world.

The work he published was pointing to connections of the stories such as his belief in a single event. His works are considered as pseudoscience and pseudo history.

How can you say if Atlantis existed or not?

We don’t have any research work or papers on Atlantis at all that dates before Plato apart from the story of Solon.

Mark Adams who is the bestselling author of Turn Right at Machu Picchu has provided information that sheds some light on this issue. In his book “Meet me inside Atlantis” he mentions his quest and how he comes to his conclusion.

Technological advancement of this day and age couldn’t find it

The technological advancement of this day and age is good enough to look for a place so huge and popular of that time, it at all it was. The sonar and ocean mapping technique could have pointed out some thing at least.

Who came up with the name Atlantis?

Plato. There were others too.

What have experts said about Atlantis?

The Majority denies and some are in favour of it.

Why people search for such cities? How could it help them?

It’s about reading or learning sci-fi stories or watch sci-fi.