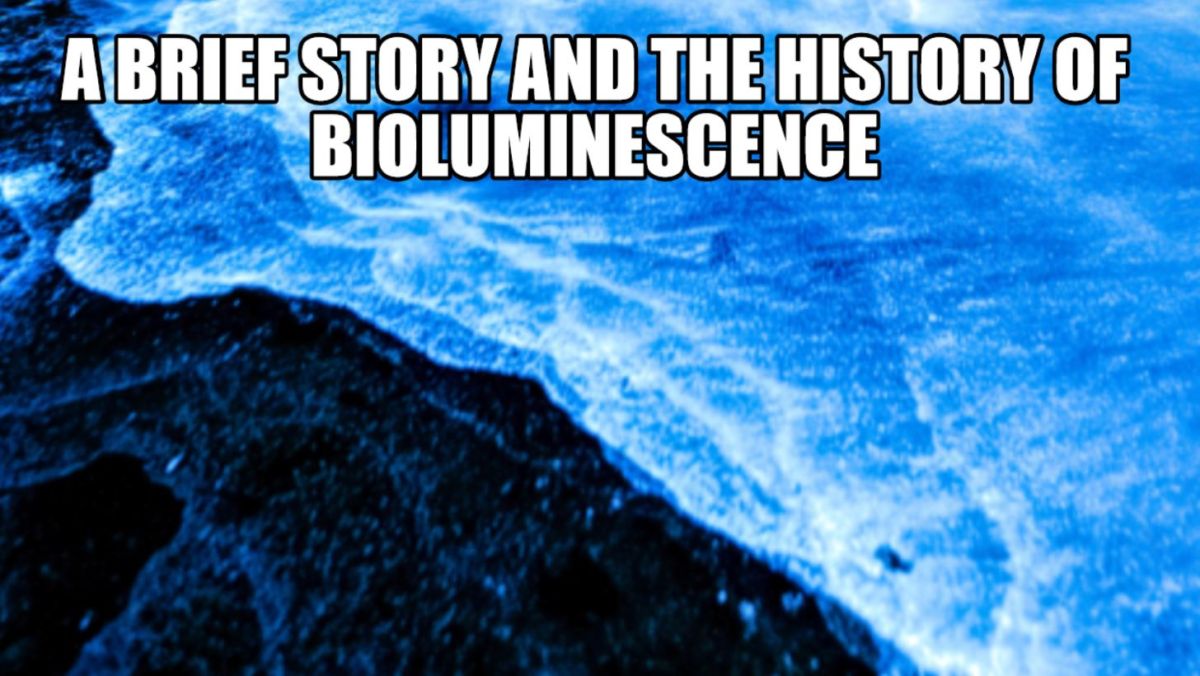 Bioluminescence is a type of light that occurs due to the chemical reaction in any organism’s body. Glowing creatures have been a topic of fascination for many. As kids, we were quite fascinated by the creatures (fishes) under the ocean floor that emits light. They are also known as fishes with disco lights.

We already know of the bioluminescent being on the land such as fireflies. There are other beings also such as not many of us may have known to date probably which are mushrooms and other worms too.

There are even more and a lot of such creatures at the bottom of the ocean floor. Not only this but there are stories that many cultures in different parts of the world have stories of. People get to hear about it either in their tales of the sailors or even some of the religious texts of certain belief systems.

The Scientific aspect of bioluminescence explains this

Poisonous- There are also poisonous dinoflagellates.  They can affect humans indirectly if we eat seafood that was infected by their neurotoxin. Dinoflagellates are believed to be responsible for diseases in sea creatures such as tuna, skipjack, Mahi-mahi, etc., in the human known as Ciguatera. This disease takes weeks to years to recover from & since this disease happens because of the fishes that are contaminated due to the algae that produce toxins near the reefs. It is difficult for us to know for us which country’s fishes are toxic or exactly that if a particular fish is infected. Unless each fish would be individually tested which is close to impossible. This is because no symptoms are visible & fishes are exported & imported generally.

You may be able to come across the brown (golden) or red bloom on the sea & this is what can harm many sea creatures as these dinoflagellates that produce these neurotoxins could infect that shellfish & other creatures. On eating that infected oyster, mussels, crabs, lobster, clams or shellfish could even get you Paralytic Shellfish Poisoning (PSP).

How to prevent yourself from Ciguatera

AS per CDC the way to prevent is to not eat the reef fish. More emphasis is laid on not eating moray eel or barracuda fish. Also, they mentioned not to eat certain parts of the fishes such as its liver, intestines, eggs and or also head due to them having a high amount of toxins. Also what we understand is that, unlike, avian flu or bird flu you can Not cook the fish thoroughly and think that it’s going to save us since it does NOT disappear due to heat.

Non-Poisonous – Mostly of them are non-poisonous.

It is believed that an enzyme called luciferase mixes oxygen with luciferin to produce light. Dinoflagellates are single-celled organisms known as protists. They have two flagella. Dinoflagellates are normally microscopic creatures but they could grow bigger even up to two millimeters (Noctiluca is the one). They could be found in seawater as well as in freshwater.

They are food for copepods and also that algae’s could grow faster and take over the area as well. Hence in the open seas, you could be able to see the glowing waves due to the dinoflagellates producing the light flash when disturbed in the water. This also means if I or you can try putting our hands in the water and the water will still glowing flash, either through the boat making a splash or even waves.

Dinoflagellates are found in your aquariums too.

At home also you may be able to find them but they are seen in the reef tanks & it can be harmful to the creatures in the aquarium. However, in the aquarium they are specific common types found which are basically slimy & brown in colour. There are other coloured ones too but these are more known.

The organisms that produce these lights could be of 2 types ones that are just like plants using photosynthesis & the second are the ones that eat other organisms like even protozoa for energy (heterotrophic).

The organisms that live way below on the ocean floor could not get sunlight hence the function of photosynthesis could not work. This makes us understand that they may be feeding on other organisms. It makes them heterotrophic in this sense.

What are Flagella or Flagellum?

The flagellum is a single thread-like slim structure behind an organism that allows them to swim. Organisms such as bacteria, spermatozoa, etc, are the ones with the flagella which help them swim easily.

They are found in 3 types of organisms including the one mentioned above, the rest of the two are Eucarya & Archaea. The function of this flagellum for each organism works a bit differently. For some, it helps swim and for others, they have a slightly different movement.

Short Stories & Beliefs behind the glowing or bioluminescent beings

From the Indian continent to the Chinese & Japanese culture there is some connection you may find related to the glowing creatures?  From Polynesia to, Scandinavia also there are mentions of the bioluminescence.

There are some beaches around the world that are having this quality of having glowing waves in the night. The glow is blue in colour generally. The vast majority of creatures we know of are found way below the ocean floor.

Story of Snaked & their gemstones

This mythical story talked about Wishful serpent or (इच्छाधारी नागिन in Hindi). This serpent was believed to have some powers which can allow it to change its appearance and take revenge. It usually is she snake and takes revenge on her beloved’s death.
She protects this stone or what is understood is that this snake reaches a level then it gets this mystical gemstone. The fact is that this has been identified as a myth and some you-tubers have busted it too.

China has a story of a poor boy that was unable to buy lamp oil to study in the evenings so he used to collect fireflies and studied in the evening. You may be able to find it see them in the Google books too in the book the continent as well.

Even in Greek Mythology, bioluminescence has had its place just like any other culture from around the world.

Where can we find marine bio luminescent creatures?

Usually, we may find them from the depths of 650 to 3300 feet below the Ocean. Most of us have come to know through the movies. Even documentaries or the studies conducted on the subject of bioluminescence are quite informative.

Marine bioluminescence has been quite an interesting topic over the years. The thought of glowing things and creatures fascinates younger kids & also adults.

Mostly we came to know more about these creatures through the book by E N Harvey. The name of this book is “the History of Luminescence”.

From the lessons we learned through E N Harvey’s book is the following. We have been able to learn about the bioluminescence from 500 BC Itself through Anixemenes first. Then comes 350 BC Aristotle (Greek Philosopher) where we see a bit similar description to Anixemenes.

It was from 50 AD Pliny the Elder – That we learned a bit more on this topic. There is a mention of jellyfish, Lantern fish, mollusc & glow worms. After them, many famous people including some well-known personalities have also mentioned about bioluminescence or glowing phenomenon.

From what we know there are more bioluminescent creatures in the ocean than on land. Until we discover something more on this topic we have to wait for the explorations on studying these creatures.