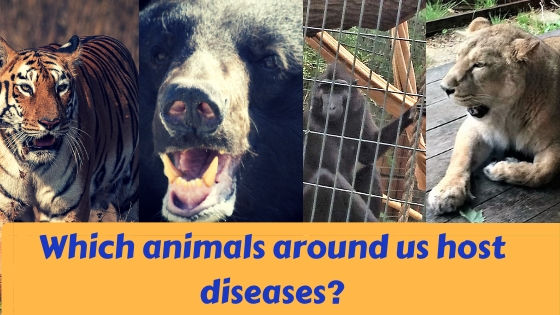 The world is getting busy with lockdowns & there is a healthcare pressure for humans. There are birds and animals that may get affected if not looked after. The ones that are in the zoo and pets especially. There may have been a sigh of relief for the animals in one way that they don’t have to see crowds of people in front of them all day long.

We as humans can still stay at home exercise but the animals in the zoo rely on us to get food as an instrument to get their food. They are not in the wild they can’t go out looking for food. It could be in a horrible situation for them if the zoos are not looked after.

What was the reason of this disease?

A study was conducted to find out the possible host of Coronavirus initially we were informed of the Bats, then the possibility of a snake and then came the pangolins.

However, the confirmation of the exact creature that is a host of this deadly virus is not been discovered & published as yet. In the midst of this pandemic, the wildlife trade markets were closed. Then later it was discovered that it is still going on online.

As we are well aware that certain cultures have certain specific traditional ways of treating their sicknesses. They tend to work at times and they don’t other times. It is like a hit and miss. However, since it is related to people’s emotions, it tends to be a quite a sensitive topic.

What people eat affects them sooner or later

Whether you consider tiger’s bones or pangolins scales they are one of the beliefs of people that they had held on to. In Vietnam & Thailand people even kill and eat cobras. Keep this in mind that animals such as these carry not only venom but also diseases.

Although it may not be allowed still people or certain groups of people do tend to continue such practices.

Due to the unintentional thought process, they harm people more than they could heal. Take for instance a craze amount some people of India considering cow urine and cow dung to be the cure of this pandemic although not everybody thinks the same way.

It tends to hurt the feelings of people if anything is said against. although what is said by these people who keep these traditions doesn’t appear to be true on the ground level.

Some places that eat wild animals that others don’t

Whether it’s bushmeat in Africa or Snake meat in Vietnam they are only the local people who have their beliefs, culture and the tradition that is playing a great role.

Kangaroo meat is eaten in Australia. An animal like giraffe is also killed to consume its meat.

One may understand its due to the nonavailability of necessary food items for people they could go for what is available. However, in this day and age its surprising to see people on the other side of the world & their food habits.

The following are some of the animals that are eaten and they are the ones that could possibly carry the disease also.

Some animals are not well known to be the host of deadly diseases such as rabbits. Kangaroo meat is consumed in Australia. Kangaroos too carry diseases such as skin disease, they even carry pathogenic bacteria such as toxoplasmosis & salmonellosis. Parasites such as tapeworm too are found in it.

These diseases are found in reptiles

Reptiles, in general, carry many harmful bacteria such as salmonella, Botulism, etc. Botulism is especially in the water reptiles. Clostridium bacterium releases a toxin that causes botulism which causes paralysis & even death. Clostridium contaminates reptiles.

As per the newscientist.- the people of Benin & Nigeria use Vulture parts in their traditional medicine.

Monkeys is also said to be the host for Herpes B virus & Monkeypox virus – As per WHO – 15 countries reported monkey pox.

Rabies are carried by several animals including the ones that we keep as pets. The are as follows;-

What is Zoonoses & what does it do to us?

Zoonoses are said to be an infection that are transmitted from animals to humans. It is also known as zoonotic diseases.  It is said that more than 50% of viruses or pathogens or you may call it bacteria comes directly from animals.

There is more information related to this on WHO. It was also noted that in humans it was transmitted as a result of close contact & not otherwise.

The pattern between the three sub-types of the disease

As per the scientific evidence suggested  MERS- Cov was spread due to an animal as well. It was due to the dromedary camels. However, the role and the route of transmission was unknown.

The common pattern found here between the current pandemic and the previous ones (MERS- CoV) is that the vaccine was not developed. The people were cautioned to practice general hygiene. Practice such as washing hands if they had visited animal farms, markets, barn or dromedary animal. Touching sick animals was also included in this.

In short, people who had weakened or damaged the immune system were at high risk or getting this infection. Also, raw or undercooked animal products were a big no. Just as in case of bird flu this warning or advice whatever you would call it was given to not eat undercooked meat or other poultry products.

According to the University of Minnesota’s  (CIDRAP News) article by Jane Burg on September 09, 2003, the animals in the street markets of Guandong, China hosted the same coronavirus as SARS-Cov.

Scientists had tested people & they found this

Scientists had tested the people working in the market and one more important thing was noticed.  It was that although the people that were tested positive none of them had a sickness. This brought the fact to light that a person could although not fallen ill could still be the carrier for the same disease which was SARS in this Case. They are also known as asymptomatic carriers of the disease.

Now since many of us love pets at home there has been a sense of worry for some of us for pets if the could get this disease. However, it was mentioned in the WHO

The diseases such as Malaria, Zika Virus, West Nile virus all were transmitted through insects (a Mosquito). Anthrax which had also insect hosts that could have infected animals. The swine flu, Hepatitis E is hosted on Pork & even they carry parasites such as tapeworm, Influenza etc.,

As per the CDC (Centers for Disease Control and Prevention) the disease known as Ebola’s transmission is also thought by scientists to have been connected to the fruit bats or apes and monkeys.

Salmonella is hosted on to birds and can infect humans too. It could be possible that especially the birds kept in the cage require cleaning their cages. This could be the point where it could be transmitted.

The moral of the story we read so far is that it is very important to maintain hygiene. Wash your hands if you touch these animals. It is better you don’t touch an animal or a bird that is already sick due to one such disease or unless you are a professional doctor (Vet).

Please note that the countries where exotic wild animal meat is consumed are not to generalize. There are some people that consume it and in certain places, there may be a common practice, we can’t clarify for certain.

However, it is up to each one of us that we understand the repercussions of eating such meat. Not to forget the impact it can put on to our and our loved one’s health and well being.