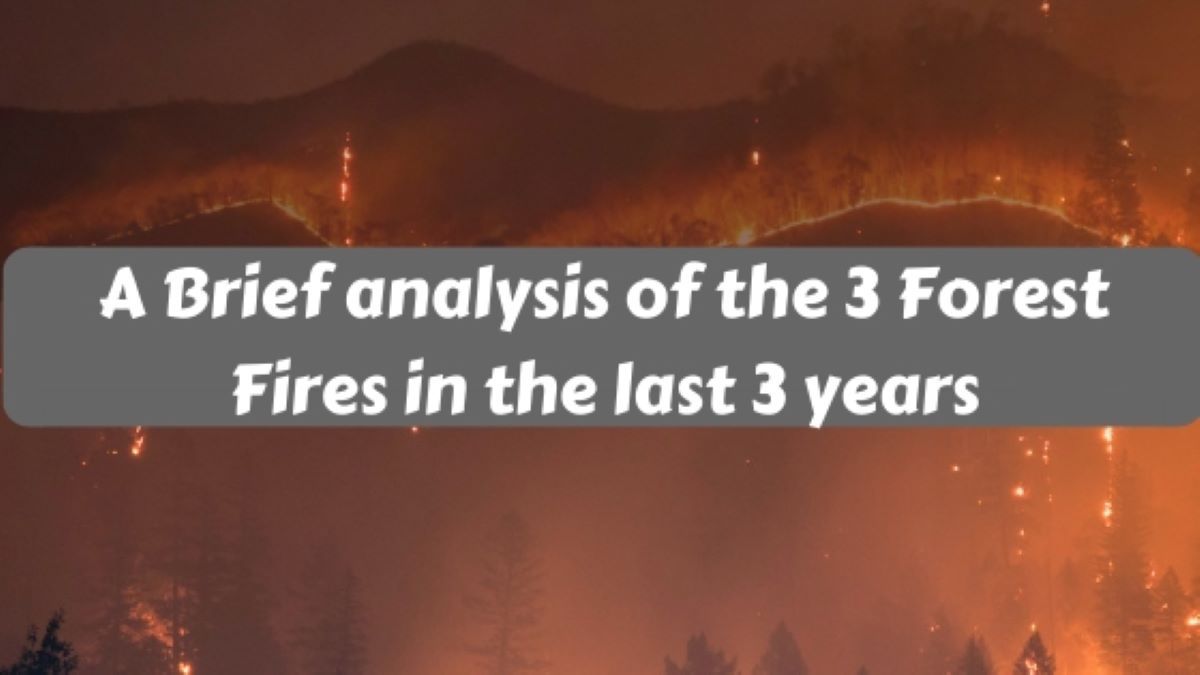 In this article, I have tried to analyze, show the possibilities and where we haven’t paid attention to on our safety as far as wildfires are concerned. The world in which we are living is especially concerned about each of our nations, which is a good thing but we have been ignoring a very important part of our safety.

Here’s what it is, – Safety in case of natural disaster, making the place safe for the people after the disaster either man-made or due to natural causes.

How would you plan to escape fire around the woods?

As we are getting more aware of our surroundings and creating more green spaces for us, we now have a need to know an important thing. This important thing is about the fire escape plan. Especially for those that live nearby the forest or hugely surrounded by the national parks etc.

In the situations that arose in Australia makes us think, are we prepared for such accidents. Many countries have plans but some don’t, in a scenario like this, can be tough even for a developed country let alone a developing nation.

We will take 3 Instances of forest fires

3 main forests of the world are still intact

These huge greens spots on our planet earth are one of the main contributors to our climate safety. They should be given huge importance and special protection.

These forests not only produce huge amounts of oxygen but have also proven to be great at absorbing enormous amounts of carbon within them. No profiteering activities by destroying these habitats should be allowed in any circumstances.

What should you know before helping in times of natural disaster?

No advice can be enough although what we learnt over the incidents is our own study. Basic knowledge of a person helping the people in danger in-terms of first aid is important.

It is important to know from the local people in that country of wildfires if and how they want the support, as certain things are understood but some aren’t. This can be done by contacting local people.

The local Non-Government Organizations & Charities especially contact them first hand. Hence, they know if and what supplies are needed & how they are going to receive this help. Help should not be limited to humans alone as we are somewhat dependent on wildlife around us too.

Learning from the Australian forest fires about a good deed that helped a lot of other living beings too. 1000’s of kgs of Carrots and sweet potatoes were dropped for the animals that were starving due to the forest fires. Fire fighting support should be provided just as US helped Australia.

Natural causes as we know consist of climate causes

Forest fires that start with the human interference have several reasons.

The reason for the Indonesian forest fire of 2019 was discovered as the deliberate attempt by humans. This was reported to having put millions of kids lives in danger. Amazon Forest fire was also considered as human interference. The one responsible for Australian wildfires were also humans.

Talking about human interference in nature has been creating a drastic change in the planets well being. The amount of destruction we have created collectively in the last 3 decades is enormous and probably much more than any known point in history.

An unusual behaviour to many perhaps but a very known to some was that of predatory birds like Hawks and other similar birds. They would carry dry twigs and dropping off to scare small animals so they can hunt them away from the fire.

Hence the fire would spread more due to these birds throwing dry or burning sticks in it. Due to this reason, the term firehawks is been very much known during these events.

What are the Repercussions of a huge wildfires?

How people showed their generosity?

People donated food supplies and living day to day items but. Space constraint is one of the factors if the fire is so much spread all over. Due to people fleeing their homes. The news of a developing or if we can say underdeveloped nations don’t get popular in the big media stories as compared to the one in a developed first world country.

Countries around the world these days are concentrating more on weapons & ammunition for safety. We know that arms and wars don’t bring peace for long. There is always some other silent war that awaits in a couple of decades or perhaps a cold war.

Are countries becoming too profit oriented?

More production of such vegetables or trees that provide specific food products to get more profits, do you think it is justified?

Rather than emphasizing the importance of having a big budget for the medical care of the nation & health and safety of the country and its people, they are simply seem to be ignoring this fact.

How many trees were grown as a result of forest fires?

If we get to see the planting of trees in the UK, USA & Canada we can understand the emphasis on tree planting has increased considerably. Not to forget India & China are turning itself greener faster. China seems to have been leading this game. As per the article by NASA Ames, China’s greening came to fight against climate change, the pollution & soil erosion.

Hence, China did a great job in forest conservation & its expansion. Indian greenery, however, is due to the plantation of food crops.This actions however are a matter of debate for some, rightly, as they say, plants that aren’t local to the area could worsen the situation of the water crisis. As plants need water to grow infact some plants need a lot of water to grow, hence can’t be planted in a desert region.

What is the level of destruction in Australian wildfires?

As per the BBC’s report dated 4 th of January 2020, there are almost 500 million (half a billion) animals been killed. However, as per vox this figure is doubled to 1 billion in the report dated 7th of January 2020. The amount of trees that are destroyed by the fire is simply astounding. In any case the important thing to know is the casualties are staggering.

People have been arrested as they were considered to be the one who had started fires. The intensity of this flames was such that it engulfed many houses too. Many institutions, organizations and NGO’s that are helping to collect donations came together. Please Help them if you can.

The point to note is that as the forest fires burn it speeds up the Global warming process even more. This means an action to neutralize the damage should be taken by us. Irrespective of which part of the world we live in, even a small bit of good deed for the environment can help a lot if many of us to it altogether.

Instances such as the growing of a lot of trees must be done & are done. We saw this in Ethiopia which created a world record in planting a lot of trees in a single day.

Now if we compare the two fires & see what do we learn from it?

We know that the huge forest store a lot of carbon dioxide in them. If they are burnt the Co2 can increase to dangerous levels which are understood easily.

As per the World resources institute article by Mikaela Weisse, we understand that forest fires were the work of human activity. That it had some vested interest of the people since the fire was around the agricultural land. Hence related to agricultural expansion.

Now, the question is, have the damage to the environment been really catastrophic enough that climate change is inevitable? Unnatural and uncommon weather conditions could take place where we do not expect. A single tree evaporates 50,000 gallons of water every year. Once it’s in the atmosphere we can get rainfall this way.

A tree like a large oak can give off around 151000 litres of water each year. As we know, not all the trees are of the same size or in the same health. This means there could be more or less evaporation of water taking place in each tree. This however, we are losing out in huge quantities due to the loss of this forest. Are we not going towards the profitable plantation rather than useful plantation of trees?

What makes the forest fire worsen even more?

Many Things affect this process and this varies from a tree to tree and plant to plant. Based on the geographical location of a tree its capacity to evaporate or give off water to the atmosphere takes place.

Due to the dry and hot weather it makes it more likely for the fires to start and burn with full rage. However, the fires spread quickly due to the wind blowing and so it spreads in different directions.

People started to pray to save their life and loved ones and they had started to evacuate as instructed by the authorities.

Here’s the Before and after view of one of the Australian landscapes.

Some people talk about belief and some don’t however if we think deeply it makes us think there is some unseen power who is above us all.

Losses to the country have been massive. If we see the headlines of CNN we can easily understand there has been damage to animals too in millions.

The images of Koalas, Kangaroos, Marsupials etc, have been getting viral due to the burns and the trauma they face. They run away from the fires. The scenes of Firefighters trying their best to control the fire are in the minds of people who watched this news.

On another side it makes us think are we going to keep going this way. The question comes to mind is that are we going to destroy the earth this way or be ready for the earth to destroy us. Logic will not help us get emotionally sensitive to these words. We do not know how and when Australia will be able to recover for what has been lost.

Is there going to continue the profitable plantation —of a plantation of trees that give us profits or genuinely we are going to let the green space be green as they were with the varieties? Since, we have got our main reserves of the huge green forest should we be sitting back, relax and remove plastics from the ocean?