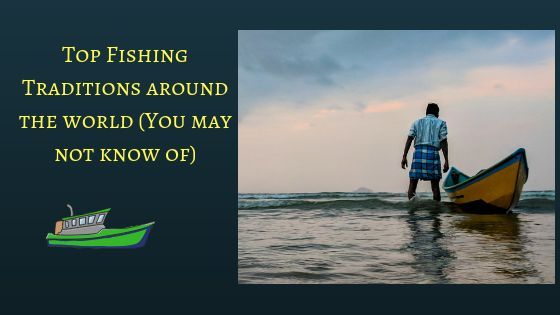 The most common methods known to us for fishing in the world for a single person is pole fishing or through a small fishing net. We have gathered some of the most dying fishing traditions in the world. Hope you will like them. From Fishing in the Warm temperate climate to Ice fishing both have something unique about them. Many countries have used the same ways of Spear fishing, Basket Traps, Fishing line or with a Bow and arrow. Let’s take a look and find out what these countries have used.

The Common old methods of Fishing are very closely connected to coastal fishing. As we know that majority of fishermen couldn’t go to the far away ocean waters for fishing. These methods were generally very useful for the livelihood of many people who lived near by the coastline. 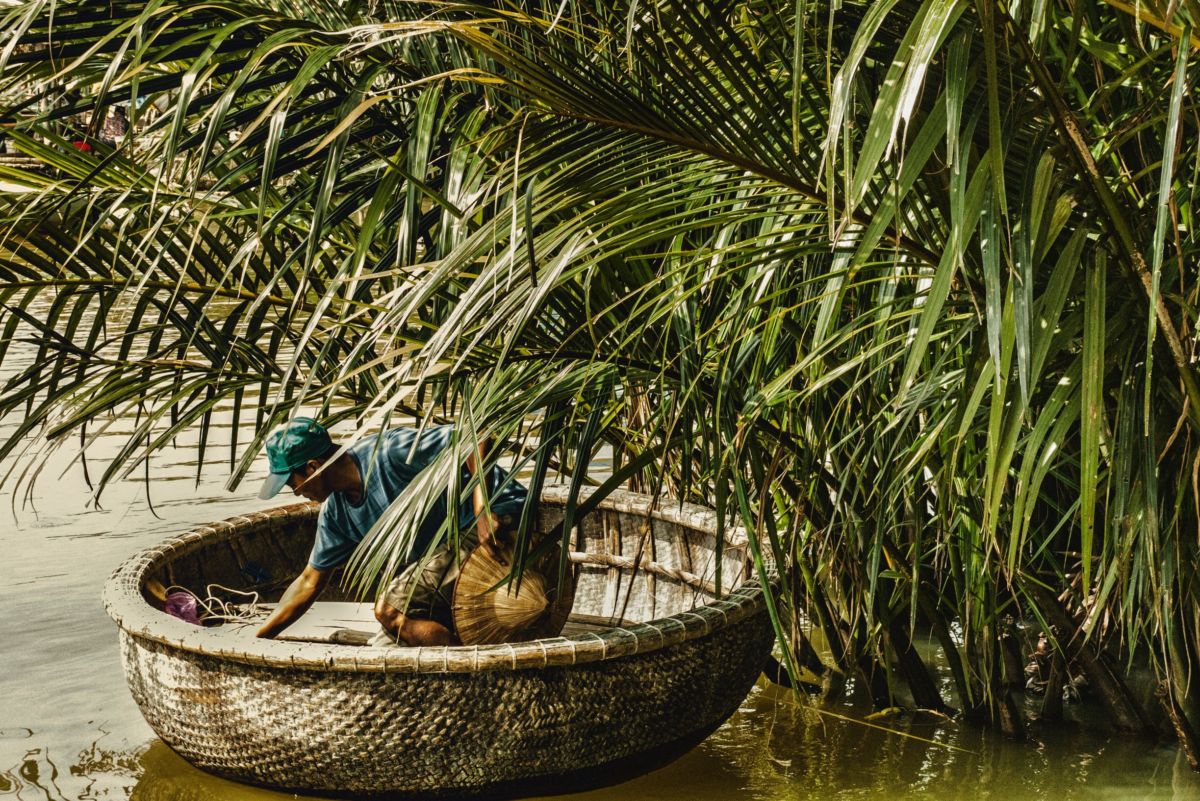 Photo by Chester Ho on Unsplash

After the research, we found out that the basis of each Classical fishing methods had certain things absolutely common among all the places. These, common things was that tools they used were locally available around their living space. Items such as Bamboos, Strong tree stumps, Tree fibers for net, clothing nets, wooden baskets, poles etc,.

To catch different sea creatures the locals had their own methods, some of them were caught the same way but others would be quite different. Depending on the kind of staple diet of the residents they used to catch the fishes and other sea foods.

Many of them also used Wooden sail boat made with the local trees  and also used  the tree fiber baskets. These fisherman knew exact environment around them so as to grasp the signs of any incoming food or danger. Knowing the tides and allowing themselves to move or stop was the key to get the catch. Countries that had close and open neighbours used quite similar fishing techniques than the ones the were totally isolated with Mountains around or Vast sea.

Japan and fish are very much close to each other. When we think of Japan it makes us think of sushi, Tuna and all sorts of Sea Food. “Tenkara” is a style of fishing with a fishing rod. Apart from Tenkara there are also fisherman or ladies if i may say. They dive without an oxygen mask and get their catch. ‘Ama’ women divers have been catching sea urchins, shell fishes etc., for more than 1000 years.  Even Ukai is the same as the method used by Chinese traditional fisherman who used cormorant birds to go fishing on a bamboo raft. However the difference is that in Japan the there are traditional looking wooden boats with a big hanging fire lamp. Here, the birds necks are tied.

Korean Traditional fishing is a bit different still the same

Korean Traditional fishing methods consists of having a rock walls with a closure at a certain height. During the high tide the fishes come in the inside of the closure and they can’t get out of it. This is also quite similar to certain parts of India where near by the sea side there are enclosures made of sea rocks.  The remaining fishes are then caught with the help of a special net that is tied on two poles and a person moves all over the closure area. The fishes are caught easily this way near by the sea. There is much of a debate we can say between what is traditional way. This is also because people have adapted to fishing.

Gargour, Hadra, Al salia  these are the 3 traditional methods of fishing in UAE that we know of. Hadra is the same as Korean fishing method but the only difference is the fencing is done not just with the sea rocks but also the bamboo poles and nets to trap the fishes. The traditions of fishing here are dated back ages since the region used to highly rely on fishing before the boom of oil industry. The Wooden sails are big and people used to catch fishes in groups as they go on a sail boats mini Ships.

The old methods of fishing in Kenya

Kenya is mostly known around the world for wildlife adventures and rhinos but it also  has 370 miles of coast. The methods used in Kenya also  consisted of Wooden boats with or without sail. Normally they used a boat with a cloth sail. Also, It was not one or two people for fishing. They go in numbers for fishing. Depending on the coast they are and the availability of food and other tools they used only fishing as their main jobs.

Surrounded with the Mediterranean sea in the North and Red Sea in the East. Egypt has a famous traditional fishing methods with its special kind of Palm fiber boats.  In olden days kings and the their helpers used to travel through the River Nile.

Fishermen generally walk their horses by  the coast line through the water and the horse carries baskets. Horse pulls the fishing net and the catch is then deposited in to those baskets around the horse. These horses are really well built and not the common horses that are lean and speedy. However they use this to catch shrimps and the rest is released or eaten by  the sea gulls.

This consisted of carrying birds with them in a make shift bamboo raft.We always thought dog to be mans best friend but here its a bit different. Here bird is considered to be the best friend as it catches the fish and the fisherman takes the fish out of his beak by grabbing its mouth and neck. In return the bird is rewarded with a fish too. However here its a two way understanding and the birds go along with the bamboo raft and the fisherman repeats the same thing again and again.

Cormorant Bird is used in catching a fish from the river or a lake. Some people also use a normal but small wooden boat to go for fishing along with their cormorant birds. Although some fisherman during the show also tie their birds but many also let their birds free and they catch the fish and bring it back to their fisherman friend.

The more contemporary ones also start to use fishing net along with the birds.

Vietnam has different methods of catching a fish. A wooden basket with two opening is used to trap a fish and then catch it with the hands and put it in the fish bag. People have also used bow and arrow to catch a fish in the olden days. However, the former is mostly used in the small or shallow water fishing. Basket Boats are a part for Vietnamese traditional fishing too.

Fisherman wore Pointy cone shaped hats to also protect them from the sun. In olden days they used flexible plant fibers to construct a basket boat (Bamboo). Later on after the plastic being more readily available and long lasting, fishermen also started using Basket boats made of Plastic. Having Wooden boats with sheds is the most common view even to this day a lot of people use Wooden boats in Vietnam.

Same as the vietnamese but they also have a spear fishing technique. The spear is usually modified with multiple pointed metal spokes. People have also been casting nets in the water. They also have basket fishing fairs where multiple people go in a lake and then cover the area slowly to get a catch. They use a wooden hollow baskets same as the vietnamese. River fishing is a bit different based on the kind of person catching the fish.

They prepare a special type of fish food with goat intestines and the chicken legs wrapped which are then covered in the boiled goat intestines.  It is then  left hanging from the pole with the help of a rope without any fishing hook. Once the fishes start to taste the food they come in groups and then the fisherman simply takes a small stick work like a fishing rod with a hook and a intestinal bait. The Fishes are then caught really fast as many fishes form a group which makes it easy to catch. 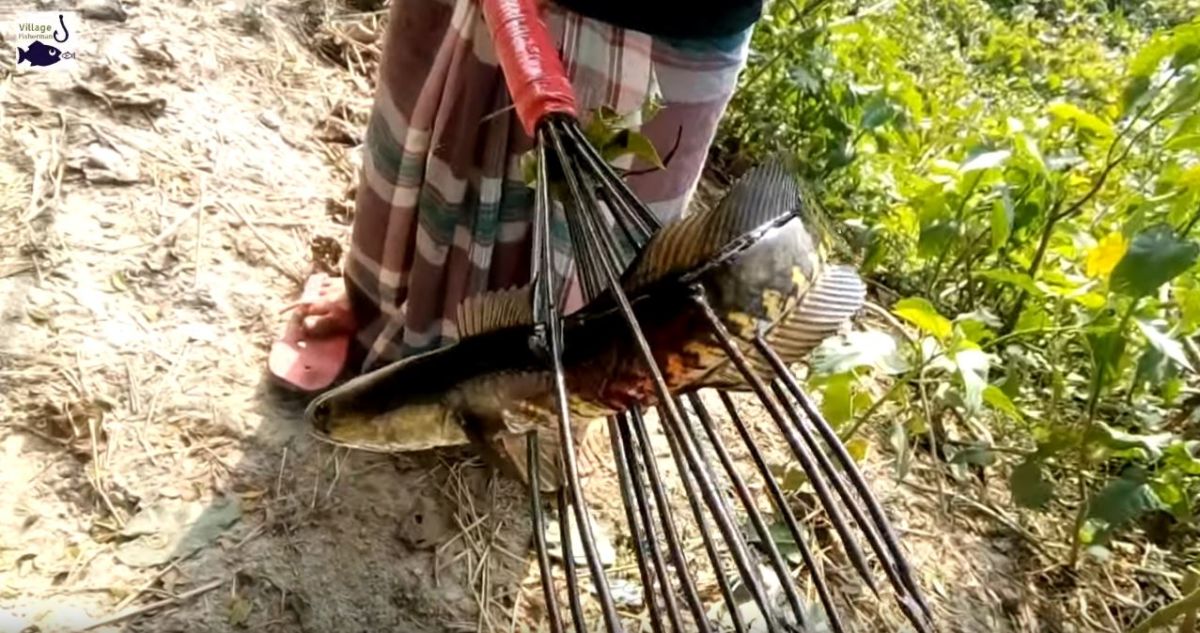 How Indian Fishermen have been catching fishes since ages

India has a large variety of cultures and its traditions vary from state to state more or less being similar to the other. From Fishing nets to a long sheet of Clothing they are used in fishing. Some could appear to be the most difficult way of wishing at the same time some would be like a click of a finger easy.

Fishes such as cat fish are caught by hands too. Catfishes have been the most caught fishes by the villages in the South East Asia. We have seen this time and time again  whereas a sail fish from the sea requires technique patience and strength.With the  4671 miles of Coast line, India has a huge area for the locals to go fishing. Traditions differs slightly with some of the areas

Here, we will see only few old ways of fishing. The most stands out is the same method of enclosure or cordoning fishes in one corner and then catching them all. The big difference is that here a person carry a really long bamboo poles with a net tied in the center. Methods of Fencing is also used here just as other two countries we mentioned (Korea & UAE).  The difference is the material used to make the fence. They use Plant fiber mats along with nets.

Ancient Fishing tools that were used are quite fascinating

Combination of all the materials involved in catching a fish during the olden days consisted of the following.

There was an archeological find in the Narva River near Estonia and they found interesting relics that pointed the fact about the objects used during the era near the river side. (Coastal Estonia)

Spider Web is also used as a tool to catch fish

Darwin’s bark spider which is a Madagascan spider also its web is used to catch fish. Madagascar spider’s web largest so far has been popular and noticed by people interested in fishing. It’s web is considered to be also strongest.

We come across different methods even in this type of fishing. Ways such as making and using spiderweb as a net, using it as a lure and to entangle small sized fishes. These are the visuals you will get to see if you look for this method of fishing.

Lessons learnt from the traditional fishing

It’s not necessary for the fishing to be full of pollution of plastics and killing of the fishes unnecessarily caught. We have seen that the fishing stocks in the sea are not depleted by the traditional fishermen fishing in the coastal areas or by the rivers. They could only catch so much.

Please note that Commercial fishing methods remains the same more or less in many countries since the goal is to have as much catch as possible.

Hence, more modern method is used in the commercial fishing industry although there are methods such as rearing fishing in the sea cage itself (using aquaculture techniques).  People use techniques that were never thought of by many before . They also include