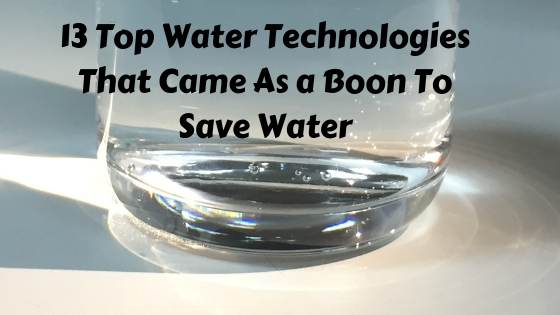 With water covering almost 70% of the earth. Water conservation is not just a political thing. You and me, we all have a responsibility to save water and use it wisely. Although at times we do fall off the determination due to distractions. In early days of technology we didn’t had the privilege to get an automatic watering of the plants or even mowing the lawn. From Watering plants to taking care of ourselves and livestock all require water.

As you read further you may realize how particular method were used in a place, where people could have lost hope totally. A story about Kenyan village people who did something to solve their water problems.

Under plant watering timers, we have several categories  that can be on one side aesthetically pleasing, useful as well as aesthetically pleasing, not useful and not aesthetically pleasing at all. Based on the light & soil moisture, the amount needed can be adjusted. This means even you go out and about for a long holiday your lawn and plants are still going to get the water needed for them to thrive. Best is that you can manage this all by your self even through your phone as it has an app that does a great job.

It not only comes with these features but also if you have a lawn that needs to be mowed that can be covered too.

A water timer from OMORC is the one below which is can also be fitted directly to the tap.

If you simply need something to do the job of watering then you might like the following from kingfisher electronic.

IF you wish to see the whole list of best sellers in the water timers  then go to the AMAZON BEST SELLERS direct page.

Rain water harvesting methods that are used by many

This method is based on the country in which you live in, the type of weather and the resources available and your affordability criteria.  The methods used in Warm climate is a bit different from the cold climate regions. This involved either make shift way of harvesting that requires a timely up keep and maintenance of the system manually.

On a  building, the roof get a plenty of water and it channels though the drain pipe. This water can be channeled to the tank which can be used to store the water .  The second is an identification of an aquifer and the excess water to be channeled to the aquifer. This can then be pumped by the generators for the usage, based on the bore well. The water can also be directed to the nearest fresh water well after the well designed filters.

Capturing the urban run offs by strategically directing them to the filtration and holding point for the public usage.  They could get stored in a well or a underground water storage or  holding tank. In some countries the government have tried to take the initiative on get this in place. However, in many other places people themselves have tried it.

A Brilliant example is of  a water catchment in the open sea. No one would’ve thought if this could be even possible, although we may have thought. This however could use hydro power to generate electricity to power its generators.

Placing simple rainwater holding tanks strategically so, that it gets plenty of water. Basically this requires placing drains in a way the it doesn’t let the water go to waste but gets stored in the same tank.

Where can rainwater harvesting prove to be useful?

Rainwater harvesting can be easy and prove to be useful in a region that receives good amount of rainfall. Tropical regions such as parts of India, China, South America, Hawaii etc., receive a good quantity of rainfall every year many places intact even suffer from flooding. Due to heavy rainfall there are places that remain flooded even for days in a row.

Kenya is one of the major. Methods used in Kenyan dry regions was building a wall between the 2 mountain for the water to collect and then direct it to the water reservoirs that they built at the village nearby. It allowed them to not only harvest the rain water but also make it easier to distribute it in the village.

Accomplishment was that they used the existing resources and built something which could help them for a long time.

Since, average water quantity usage might differ from country to country, there isn’t a specific amount used per person. Still the average noted is between 80 to a 100 gallons of water which equates to around 364 to 455 liters.

For the water users in England and Wales you could get help to find out the usage through consumer council site. Also you can check on your water meter if you have one and can check the overall household water usage.

Tools that help you reduce the water flow from your taps are also known as aerators or tap flow restrictor. The same techology has been implemented even in the shower heads in countries like

Then comes atomizers, yes! the same atomizer that you use

Atomizers are generally with a very tiny holes for the water to pass through. The word atomizers is symbolic to the word atom which is really minute and hence the atomizers are supposed to channel the water and pass out of it like almost close to a mist.

How to save water in our day to day life?

There are plenty of ways you can  DIY too (do it by yourself ).  Two decades around in India there was a huge campaign of saving water by not taking shower through the shower head or bath tub. There were lots of hoardings on the highways in Mumbai and all across to raise awareness.

This requires you to know where first and then how to save. For example: While taking a shower if the shower flow is stopped then it takes time to get warm and you would’t want to have cold water in between you warm shower. So, the water gets wasted there.

Secondly, adjusting of the heat in the shower thermostat it takes time for you to adjust and also for the actual correct temperature to set in. This problem has been solved by Intelligent thermostats like Allure brilliant thermostat. Allure thermostats is one of the latest technology that saves water by reducing the flow to 50% if the water is flushed elsewhere at home.

The green house water capturing is also basically done in the same manner in which the solar panel machine that collects the water. Since there moisture is intact in the green house it helps to collect water. This however is not very well known method.

How can you Save the drinking water?

Sorry, I am not going to ask you to drinking less water and remain thirsty. You may feel a bit grumpy and agitated if you don’t drink enough water as per your body requirement. ‘Drink water in sips’ a slow and easy way of drinking water helps. This not only helps body get hydrated slowly but also doesn’t put pressure on our kidneys.

Do not fill up the entire glass of water if you think, you are not going to drink it. If you wish to keep it for later, then you might want to cover the glass. Fill up a bottle at once if possible to keep it with you so you can keep drinking sips as and when needed. This way you don’t have to go to the water filter or a tap and turn on and off repeatedly and waste drops of water. Remember every drop of water counts.

Buying Decision can affect your household water usage too

In many countries they have their own water efficient product labels. Based on the how efficient the product is in saving water, you may find the price and its popularity among locals too.

These can be bought when a new system is being installed or a toilet installation in a house. The two ways of saving the toilet flushes came into picture when we see there are two flush pushers. One of which allows a less water to get flushed when you use it after urinating. The second is obvious that allows  you to flush fully.  Thus saving the amount of water that gets wasted with each flush in the toilets.

Water O is one of the dehumidifiers that collects the water and purifies it for making it drinkable. It uses a reverse osmosis technology and was even featured on Techcrunch’s  Disrupt 2016 NY.

There are some technologies  which collects water through the solar panels heat and a system that produces and captures vapour and then it gets turned into droplets of water which then collect in one container and that water can go through a filtration system to give people clean drinking water. Zero Mass water which is like solar panel to water purifier.

Getting car wash done outside  is much more water efficient then washing it by yourself. By doing it yourself you have to get either pressure washers or fill up buckets. After washing the car you may need to go for a shower yourself. There are options such as dry car wash, although it doesn’t work on all the cars as effectively. Since, it works more like a polish or a removal of light dust and or dry mud residue. There’s an option either you buy more of the solution to wash your car or get a professional car wash done.