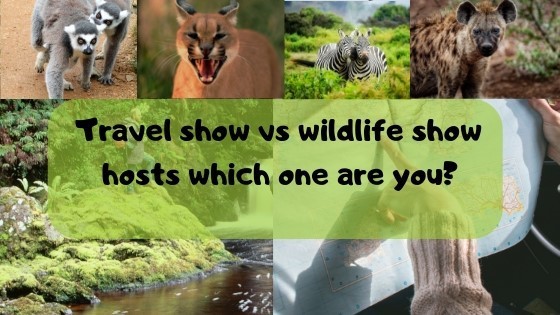 Growing up as a child i used to be fascinated by these personalities You may have seen them & loved them too, here are few whom i loved to watch. As I watched them on the television i even used to get in trouble with my family who wanted to watch family shows & soap operas and me wanting to watch these shows.

These are some of my best of outdoor show hosts

I have compiled a list of these show hosts that were really popular and made a lasting impression on me starting this journey in this particular area of interest. The best part of them all is that they all had a brilliant knowledge of the place they would go to.  Not that they know so much but the fact that they were able to learn and understand so fast is pretty cool. The being funny is really a key to lighten the situation even when they are exhausted.

Samantha has been a TV host for more than a decade now.  She has worked for plenty of shows such as Passport to Europe and many more. I am sure now you would know her. Samantha Brown has been a wonderful presenter, if i may say for Travel channel and has also begun hosting for a show on PBS called places to love.

Who doesn’t know him. Bear has been teaching us how to survive on discovery channel since more than a decade now. He is still quite popular and now has his own survival techniques teaching camps too. He surely knows how to survive dangerous situations. I have learnt a lot from him simply by watching the tips and listening to him in situations especially where there is a danger of animal bites. I think Bear Grylls is one of the only survival show host that has been so popular in the industry and the segment he does.

He used to be a really brilliant host. Steve was one of the best in  handling crocodiles. He knew the survival situations and taught us a lot about animal behaviours. Sadly while shooting for a documentary called ‘ Oceans deadliest’ video underwater in 2006 he got stunned by a stingray. The energy he had used to make us watch him. It was a shock not only for his family but also his fans. It is now that his children are all grown up and are doing a great job. The knowledge of that predatory behaviour of whether a crocodile or a snake he knew it. It was there visible when he spoke about it on the show.

In one of the interviews on he answered this question ‘what would make him leave this?, On this he replied when he would be sure his kids would be able to run the wildlife conservation.  He shed a light on what he would do with the money he would get. That was he would buy wilderness areas and would spend it on conservation.’

Is it dangerous to become a survival show host?

Every show has its own skeleton or structure. This makes it possible for the show to either go popular or not. Wildlife adventure or survival shows are not shot the same way as travel shows. There is a high possibility of danger for a survival show hosts. The situations shown on air may not be as difficult still. When the person is actually suffering, it still could be absolutely exhausting & means pushing your body to the limits.

Being fit would really help not being bulk and muscles but truly fit when facing hunger exhaustion or extreme heat & cold. Pain tolerance if high is better. Being vigilant and quick are some of the qualities that help as well. Knowledge and experience is the best thing to move forward.

Ian wright has been one of my favourites. He was funny yet entertaining. Ian’s sense of humour i consider to be hilarious of them all.

What is the part and parcel of being a travel show host?

Something they all had to come across is that eating the thing they normally don’t. Being among the people and doing things they wouldn’t normally want to, exceptions are always there.  The best is the comedy i felt really and for that reason i chose this video. Take a look at it and you will know. It was as if there was a story where people actually make fun of him on purpose on a show like pulling his leg. Not literally but like taking a mick out of you. I guess you know what i mean if you are in the UK if not then just check it out and see what i mean!

She appeared really shy yet i liked her confidence, she managed to host the show superbly well. Although Meghan says here in a very easy way but it was a tough job too. She definitely appears to be a girl with honesty and was the perfect fit for the show.

There are other professions too if you’re only interested in travelling the world. Professions such as flight crew, a pilot etc. Here in this job too, you need patience and team work. There are crew members also who you would have to either travel with or have to get along in that country.

May be possible that they don’t get along with you for some reason but still it is what it is. It is not a free lunch either. You travel & work and you get to try out different food items. Sometimes you may not have much options to eat where you are.If the production company is small & inexperienced then it could be all the more tough for the show presenter.

Justine is one of those show hosts that just made you happy. The smile and familiarity or the more of compassionate side of her yet like a classmate who was helpful to other classmates with all the information they need. Justine has been brilliant personality even as a human being, She has been a TV host for Globe Trekker. She also has many more talents and badges but here i am going to show you only one. Next when we do our post i would like to give you some more hints on

Challenges while being a travel show host

Some times you could fall sick while on the way or before the show. May be you are not prepared to travel this time but you have to. Stomach unwell and the list goes on. Although there are challenges in this profession, the amount of knowledge one gains is enormous. Side effects could include jet lag too.

Estelelle had her own unique style and aura which she carried with her on the show. She too had become a really friendly face while growing up as a kid. Working here is serious job as well although you can have a lot of fun and travel the world. There could be possibility that you can’t work with other company at the same time if you have signed a contract or otherwise mentioned specifically.

Best part is that you can have your own brand after you are popular. Just like some of them here have their own brand or coaching and they still do what they love doing. In whichever way possible do their best.

Jeff has a really interesting story about what made him a wildlife conservationist. His shows were cool to watch too. He is a knowledgeable host that has been educating us with his tips and advice on wildlife conservation. I recognize him as a snake-tacular  person. He is cool & an inspiring personality hence i like him! He addressed a commencement at the unity college 2018 and the speech was amazing.

We have seen them over the years on our television. Channels such as Discovery channel, National Geographic, Animal Planet etc., You can go ahead and give it a try.Who know’s you may be the next popular show host 🙂

Qualities and qualifications required to become a wildlife conservationist

You may want to know this if you are interested in becoming a wildlife conservationist then you might want to choose wildlife biology as your subject of education too. Along with this depending upon your further interest you may want to have a subject specific related field too. For instance marine biologist etc for those interested in marine species . knowledge of wildlife and natural history can take you a long way too.

Having your show reel while you apply for such opportunities could be amazing. Especially now if you have pictures and videos of wildlife and you explaining and displaying your knowledge about it could be an added advantage too.

Skills could also involve you having a full drivers license. In addition to that if you have had an internship in one of such related areas could be beneficial too. The opportunities are endless. All the best.