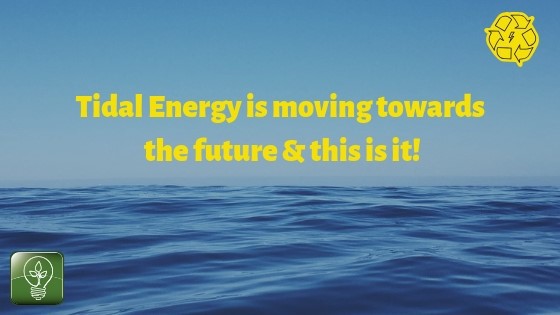 Wave star has taken an amazing step with a model that uses the tidal waves and produce it into energy. The integration of Vanadium with the power generators that use tidal energy will be an interesting one. The reason been inspite of this metal being around us for many years, we still haven’t paid much attention to its unique quality.

We discussed about how hydro power generators could save you tones of money. Also saw how small turbines could be used by people. After seeing people using it themselves made us think it is still possible to bring this type of energy to light. Now here we are looking at one of the Sustainable energy producing company.

‘Vanadium is one of the metals that makes the steel stronger. The Price of Vanadium a metal has been increasing and seems like it could be going more up. Due to the fact that it has a potential to replace our phone batteries soon. However, this has not been confirmed.

🇺🇸 We caught up with @TAMU Professor Sarbajit Banerjee, who has been working with vanadium for over 13 years 😄. Listen here on why #vanadium is his favorite metal and how it has been used in a number of projects. pic.twitter.com/XmJhD16ker

It appears to have been moving towards this direction. In Quebec there is a large deposit of Vanadium. It is said to be used in Vanadium Redox Fuel cells or a battery VRB’. This this metal has the capability to be utilized as much as possible. Japan and some places in the US this has already been invested in. Wave energy have been moving rapidly in the last decade. We do not know if the plants could be using Vanadium or not but this metal in the field of sustainable energy looks promising.

Tidal turbine is used underwater and many more. Is turbine tech solutions provider and it has some wonderful projects under its belt. A Massive project that has been tried and tested also makes us expect more of better versions. For us to be able to use it even for the common public.

We could see something similar to this being used in Scotland underwater turbine that produces energy.

Azura wave energy maker is the one with a float and it uses the motion. Just like other similar project this too had a promising design. Scot Renewables is also a program that has been testing in the open waters. The design that could help produce more energy reduce the installation cost and save the marine life will be the winning model. Open Hydro is one of the nicest design i think is going to be really effective. Well, that’s just an opinion due to the kind of turbine they have. Also, the one with floats would be better too and effective in not harming the marine animals.

An opinion on the designs of tidal energy production

I am not an architect but i guess any one of us can easily identify the design that doesn’t hurt marine creatures.  Also that it moves easily could create more energy. We have seen plenty of designs over the past couple of years in the news. We still haven’t come to a stable design that can be locked as a basis.

The foundation design is still not achieved as it seems that companies in this industry are still testing the waters. The major advantage would be for the people if this becomes a success. Many of the models we came across do not have the bigger goals at present.

This fact has not been established yet. It could be a matter of discussion once the entire hyper loop is fully into action. Also that a metal like Vanadium could be one of the highly used material in further storing and utilizing power to the fullest. Also, that there are absolutely high chances of UK being the pioneer in creating a technological advancement in this field.

If you didn’t know what hyper loop is, then it is a faster mode of transport through a capsule. Elon musk was the one who had come up with the term first with his sketches. The company that we know is still in process of initiating this is virgin.

Which model do you think is going to win the race of tidal energy industry. It is still in the early stages of its development.