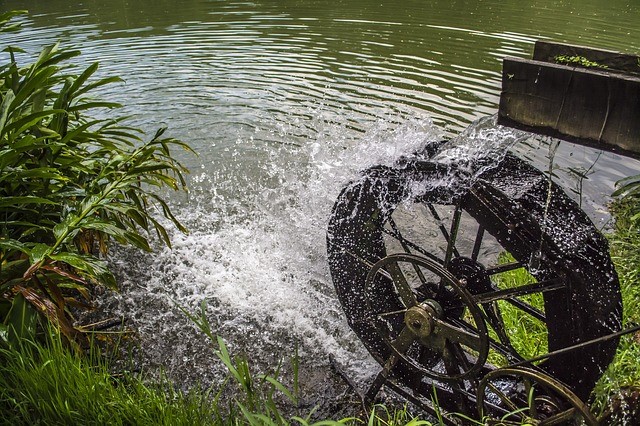 From smallest to the largest hydro power generators have one thing in common. This is going to show you different types and its implementation in all together different conditions.

What best method can be used in the UK as a source of electricity in the households?

Since United Kingdom of Great Britain and Northern Ireland falls in the area of high winds, rain storms  and cold climate it can use the following sources. Just like its counterparts in the Europe that have similar climate, it can make full use of tidal energy to produce electricity. Homes that have access to the constant flow of water can utilize moving water from small streams to produce electricity.

As the flow rate determines the amount of power produced, it can be quite helpful if the flow of water is constant so the homes can get 24 hours quality power supply. The point to note is that saving money on hydro power generators could be done in any country as you may be able to see in the video even in Afghanistan.

Opportunity for students & a young millennial in renewable energy sector

Since the excess power can burn the electric appliances, it is important to realize what electric system can handle the excess power. The same way as we have the fuse switches the shut down when there’s a glitch in the power. Having different source of these power supply can help people and avoid power outages especially in regions where they face such problems.

There is going to be a huge amount of demand in this sector in the coming years. As specializing in this sector and not only help you to save the planet but also do good for yourself and others. There’s a win win situation here if you are in it.

Comparison to energy through Coal & petrol

Being heavily reliant of coal not only hampers the health of the people that work in this industry but also increases the rise of disasters & contributes to high carbon emissions. Hydroelectricity in turn is way more clean and reduces the chances of accidents due to us living in the technologically advanced times as compared or just a few decades ago. I have written about the 15 best portable generators too you can click here to read more on this topic.

What is the difference between the tidal energy generator and hydro power generator?

Both are related to generating energy supply to power homes and industries. The former is more done in large scales like Australian government created a humongous tidal energy generator using the power of waves but with a different design that is more efficient than the other commonly found turbines.

As the rotors are designed to generate high intensity movements without getting into a danger zone or  getting damaged in the storm like the wind turbines. Dams have hydro power plants that utilize river water. The tidal energy generator is used in sea and oceans to produce electricity.

There are some that are even as small as the ones you can carry with you in your backpack. These generate power which is then utilized to power homes in the near by villages. The amount of electricity produced is not less than a normal home in the UK or any other developed country.

It is important to learn and share these types of knowledge with people as they can help for good. Small turbines that power the generators use small streams of water. This kind of renewable electricity produce zero carbon emissions. Secondly, Households don’t have to end up paying huge bill in their life time.

If you enjoy hiking or walking and worry about your device’s batteries going flat then maybe this mini hydro power generator is just the thing. The “Blue Freedom Portable” https://t.co/d6KEzNwar0 pic.twitter.com/7mmfOmrNaX

A simple method used by Afghans to utilize their water flows in order to generate hydroelectric power.

If you wish to learn more the and get help through case studies then here’s your link to the journals and the research in this field. Normally when you do the search online it doesn’t pull this information up so easily but I have been able to locate it.

Having a solar energy is not that efficient where less space is concerned for a huge power output.  I wonder why people who travel by sea don’t utilize this in abundance, since you have sails on your boat to steer boats in the direction of the wind. I have even shown more of the boats with the solar power panels as well as wind turbines.

In the UK you can see solar panels & a small wind turbine used at the rail road signals and road signals too along with the street lights. However the best bet here is the two that are way more effective is still not getting utilized as it should.

It looks highly effective and you can take a look at it and with this power generator you can get good amount of electricity for your home.

This looks more promising and safe since it is not very huge and has a protective casing. I like how it operates due to the safety and ease.

Turbulent has got an amazing hydro electric project

A Belgium based company has come up with this amazing method and a well designed turbine. Due to its allocation and design it creates like a whirlpool, which  creates a push to rotate the turbine and generator power through it. The techology used is amazing in itself.

I’m pretty sure many of you are familiar with General Electric brand name.  Majority of them have the working method of the power of the flow of water. They have been around long enough with a big controversy around it in the US market.

Types of turbine would be high head, low head and a one which is mixed. However, to stay up to date it is important to get a professional to analyze your space. You may need to ask for their prices before hand for a visit at your location to avoid any surprises.

Dams are through which a plant supplying hydroelectric generating enormous amount of electricity is the alternative.  The governments around the world are taking resort to it.  China is also home to a Largest Dam in the entire world.

At the Yangtze river which is ‘Three Gorges Dam’ is the largest Dam ever. It covers around 2 km distance and was a massive project. If you going to look at them then you should get a basic idea of  how hydro power generators work.

Where to buy components for hydro power generator?

You could buy parts of Turbine & accessories from Alibaba website or Ebay  website as well. I have mentioned the 3 different brands and their videos above. Best thing is to get a ready made generator for home because it can save you time. Secondly if you have enough save near by the water side then get some expert opinion on it. Always remember, in order to get good results, having an expert from these industry can save you a lot hassle.

My other advice would be if you get an expert from a company then there is a chance of bias. Due to them trying to sell high end product.

Even a small Hydro power generators are now in the market check this one below:

This one is from amazon and it is available which can be fitted in the tap. That sounds a good idea to me.

Please share it if you like this article and if you have any more suggestions or you would like to know more of then please mention in the comments.